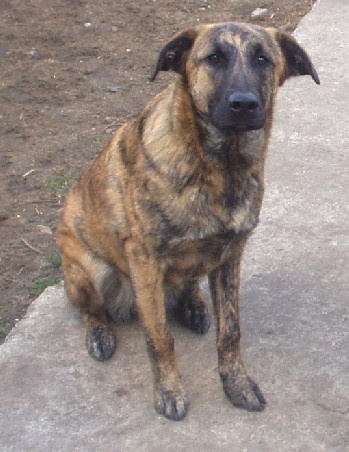 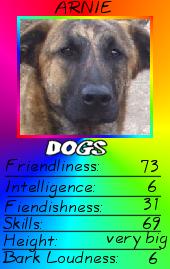 My daughter Rebecca's funny card about Arnie. All her own work -card and ratings! 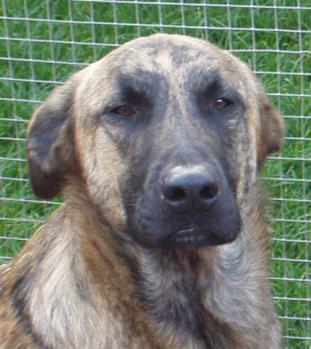 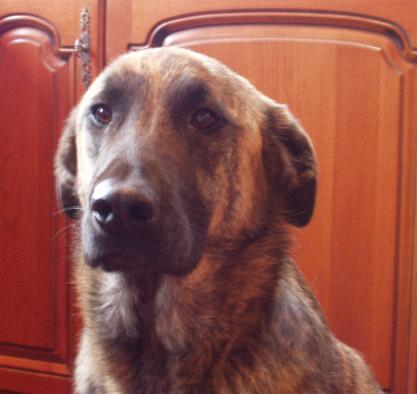 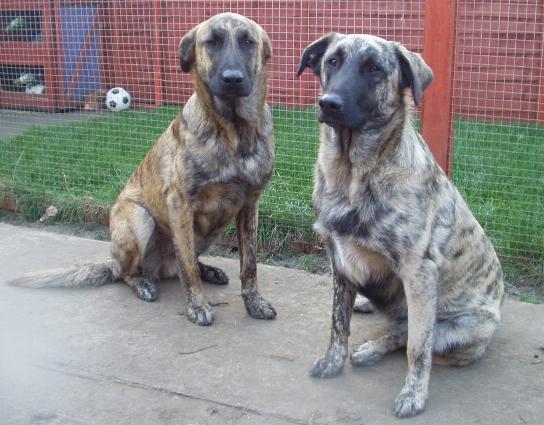 Arnie is seldom seen without his sister Matilda -he is very close to both her and his mother Ripley.

the entire story can be read on the pages about the Maligolds.

There will of course be no more accidents and Arnie is neutered.

Arnie is big and tall with more of a Malinois body and temperament than a Golden Retriever, but he

is also very soft. He is extremely loving to us, still believes he is a tiny puppy,

and he is very obedient. His only fault obedience wise is really that he has absolutely NO wish

to retrieve anything whatsoever, so we can't compete other than at unofficial Companion Obedience shows.

awarded the rosette for Best Crossbreed.

Somewhat embarrassingly for such a big dog, he is scared of small dogs and will

run away should a small dog run towards him!

Arnie is, of course, named after Arnold Schwarzenegger- big tough guy but with a soft side ! 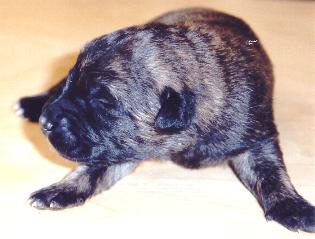 I knew already at this age that he would be staying here. 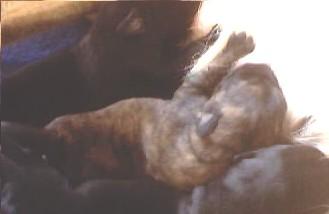 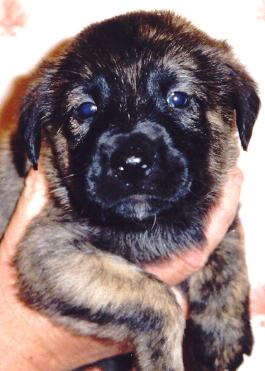 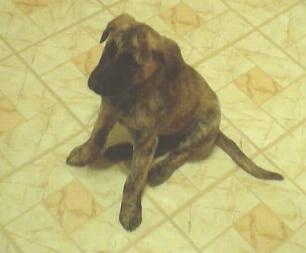 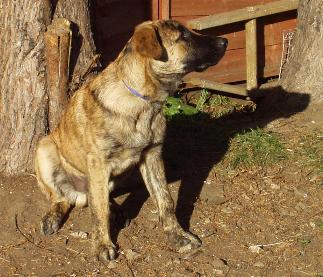 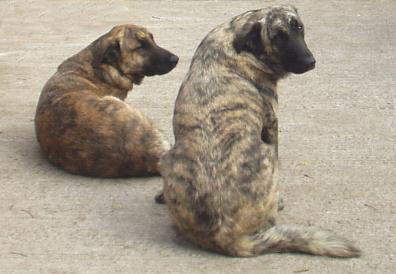 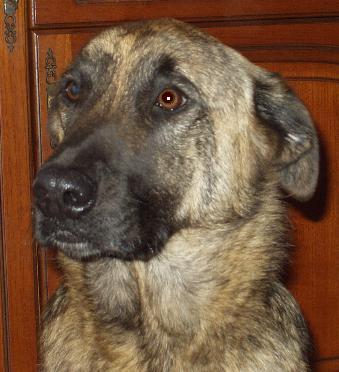 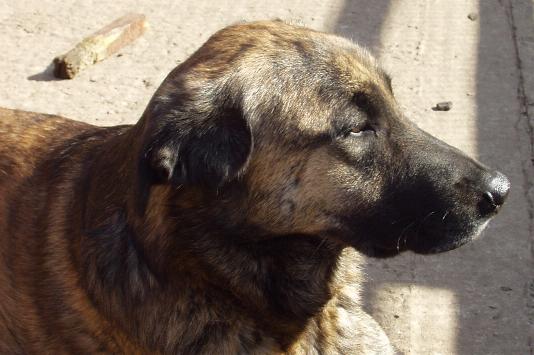 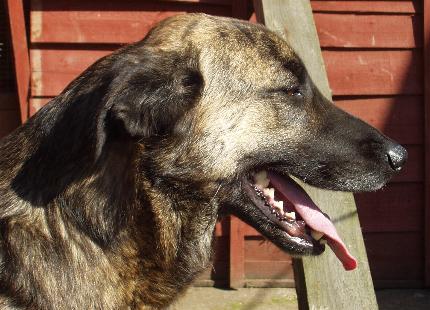 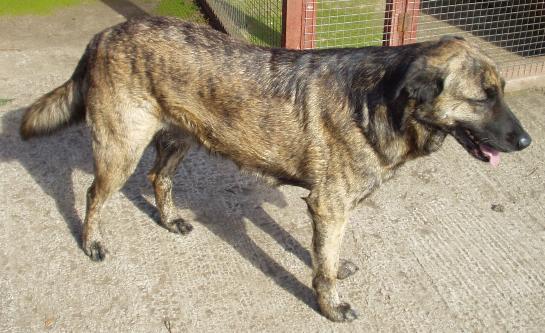 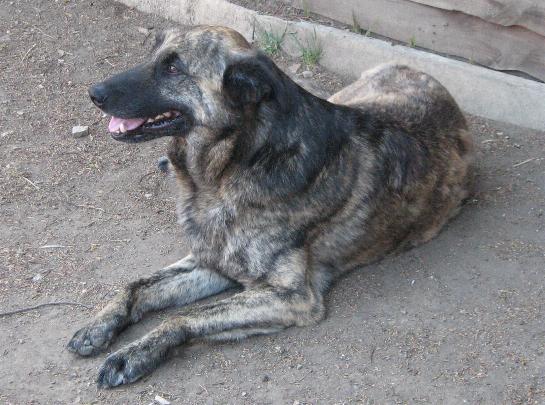 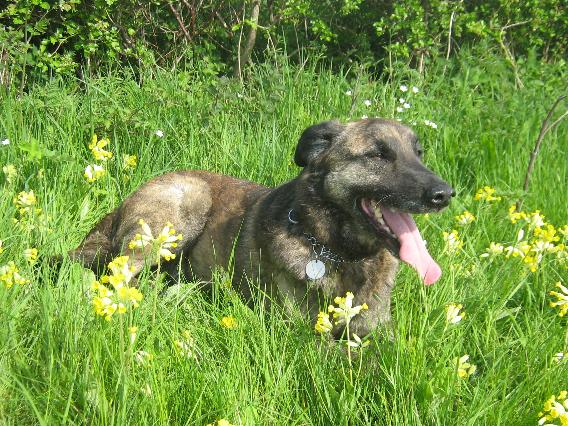 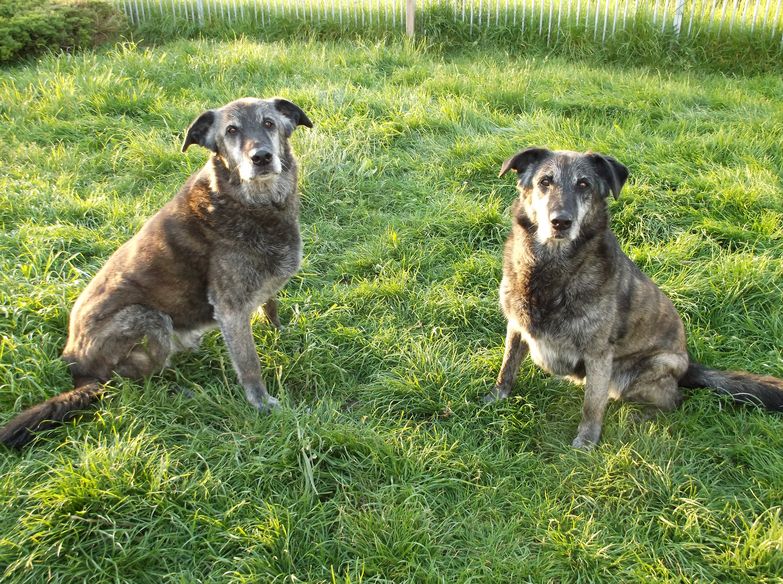 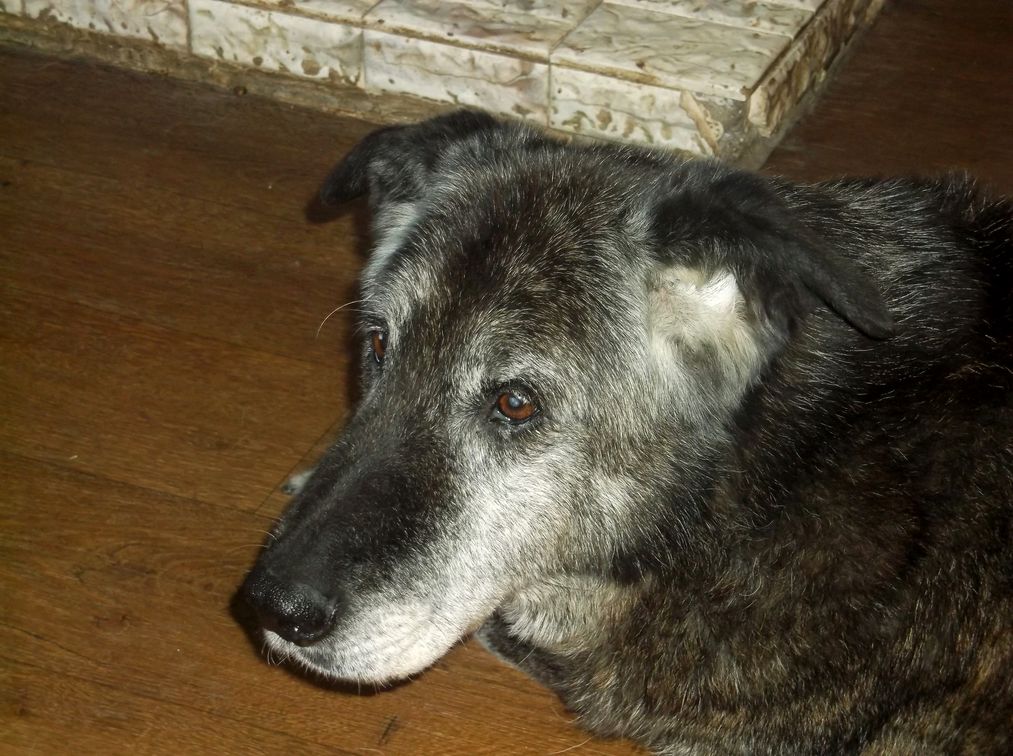 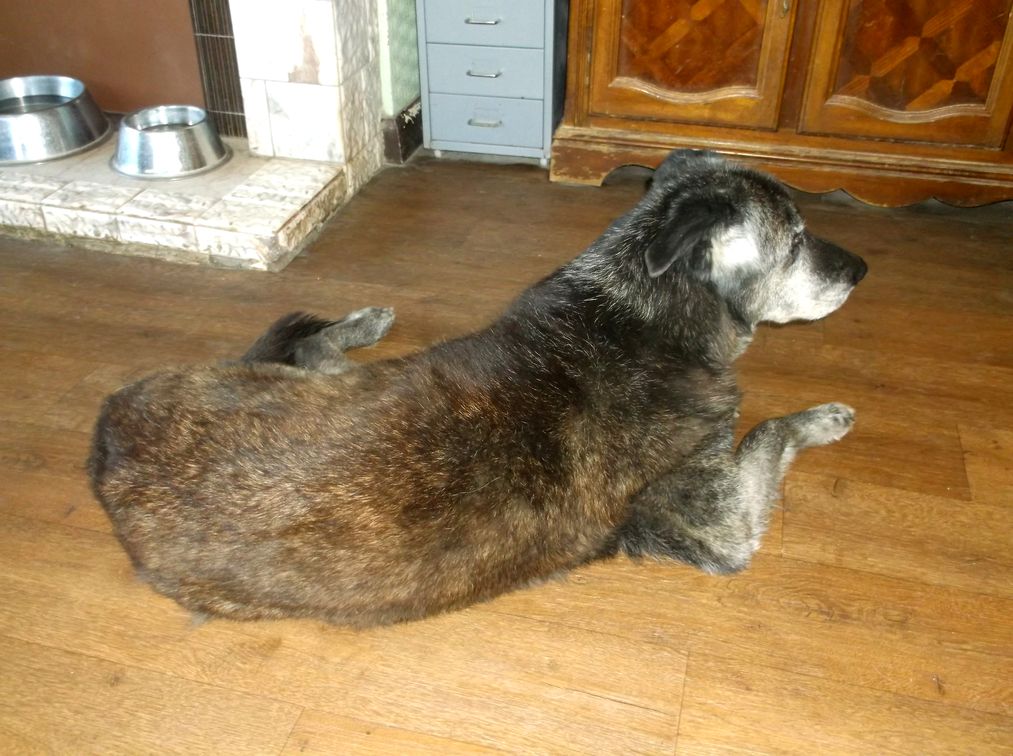 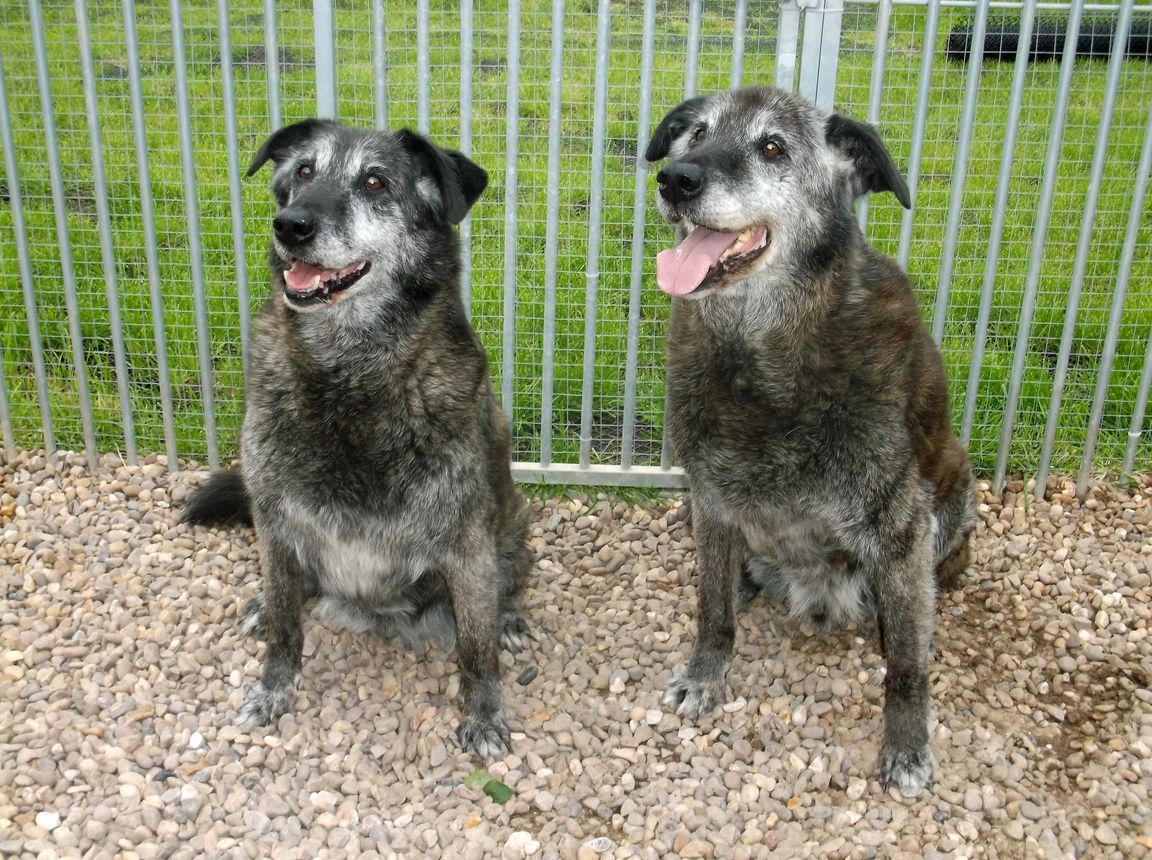 Arnie (right) with his sister Matilda on their 14th birthday 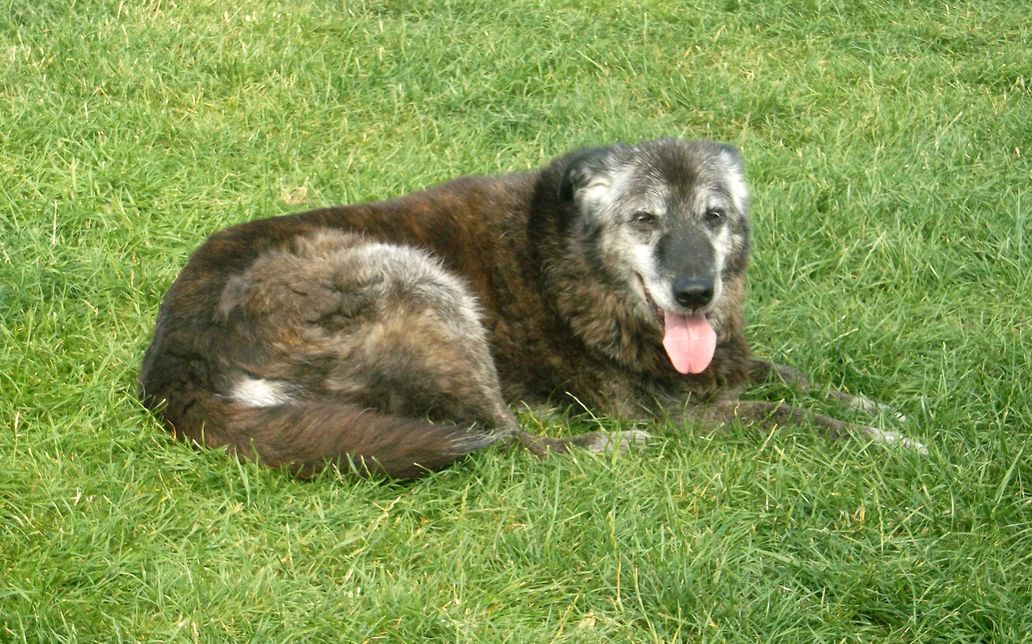 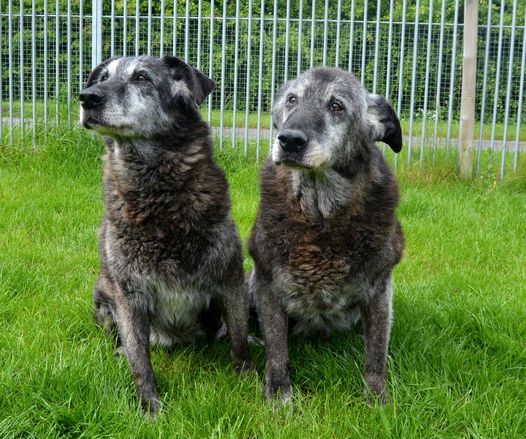 15th birthday, 21st of May 2017. Arnie to the right. His last birthday, although he lived for another 9 months. 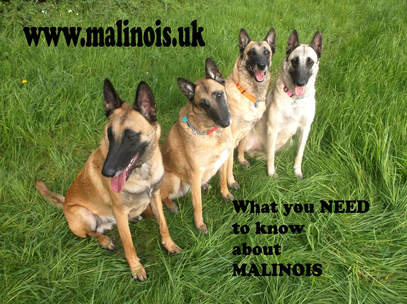