December: Karen Denton and Zelda (G. Kalinka) pass Level 5 in Scentwork UK. At the time she was one of only four dogs in the UK to have passed this level. 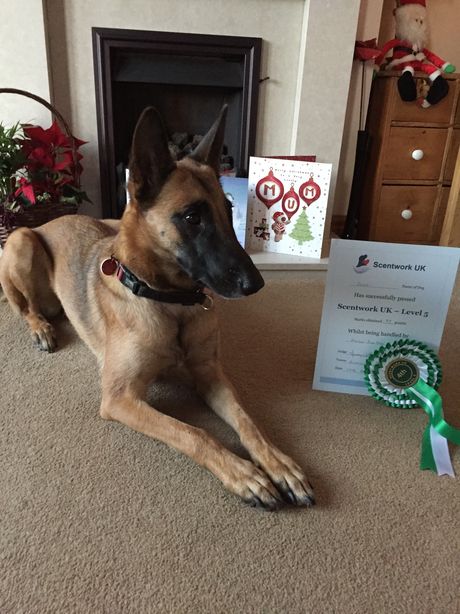 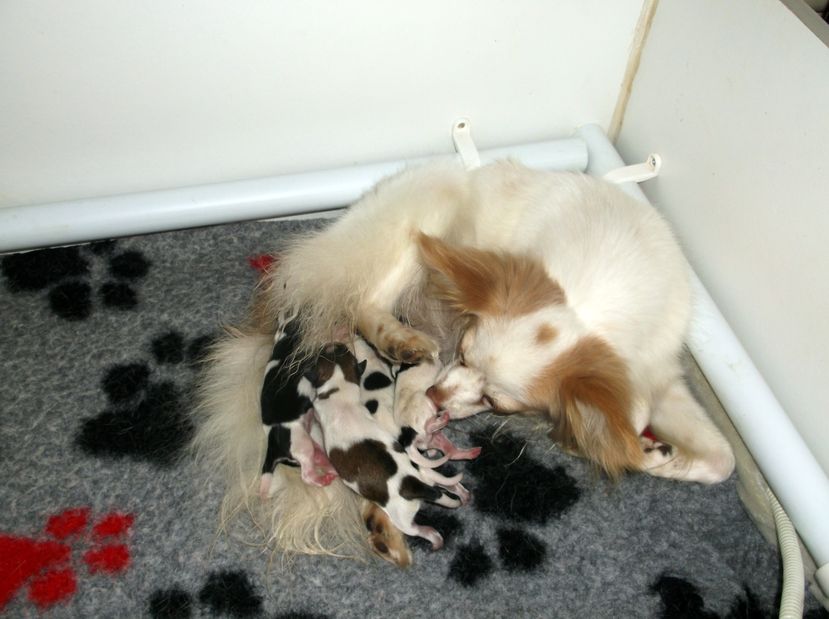 Various dates through 2016: Margaret Young and Dime (Goldmali Incredible) have won obedience A once and been placed 8 times in classes with between 25 and 35 dogs competing! 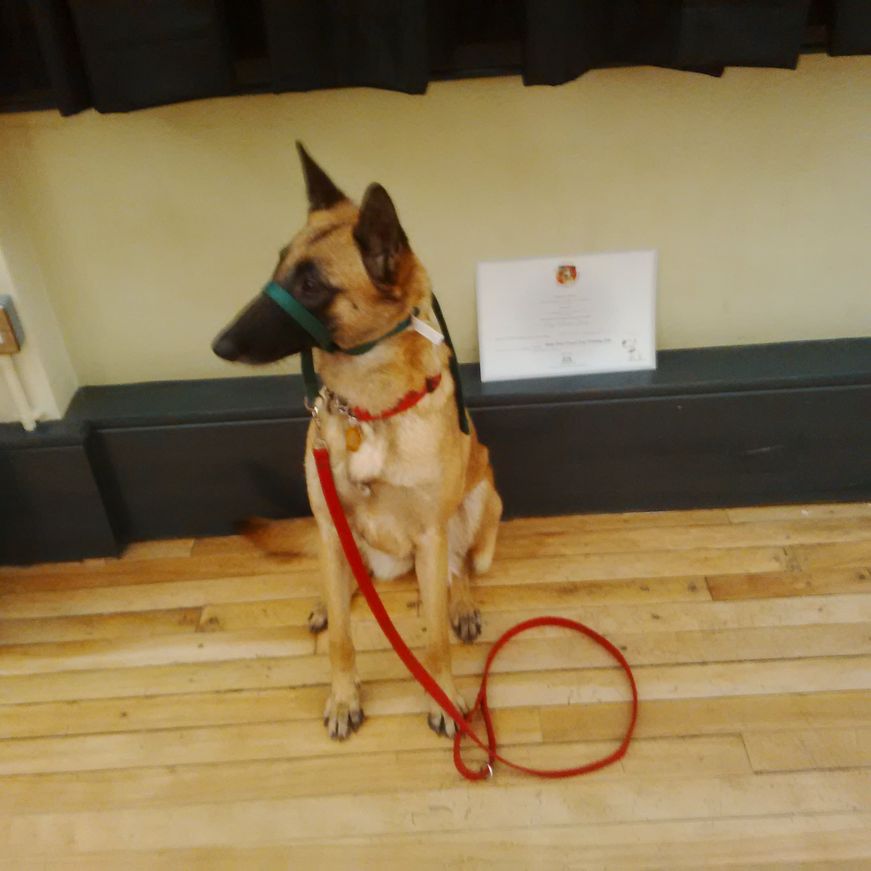 29th of October: Sarah Liddy's Fionn (Goldmali By Your Side) graded Excellent in the Temperament test at the Belgian Shepherd Dog Club of Ireland.

26th and 27th of October: Trixie mated to Mickey.

17th of October: Rosie checked for Luxating Patellas and is clear.

21st of August: Whilst watching Countryfile Live on BBC, we spotted a Malinois in the Essex Dog Display Team, jumping through and also retrieving fire. Thought the dog looked familiar, and sure enough it was Christine Merritt's GOLDMALI FLASH "Reggie"! 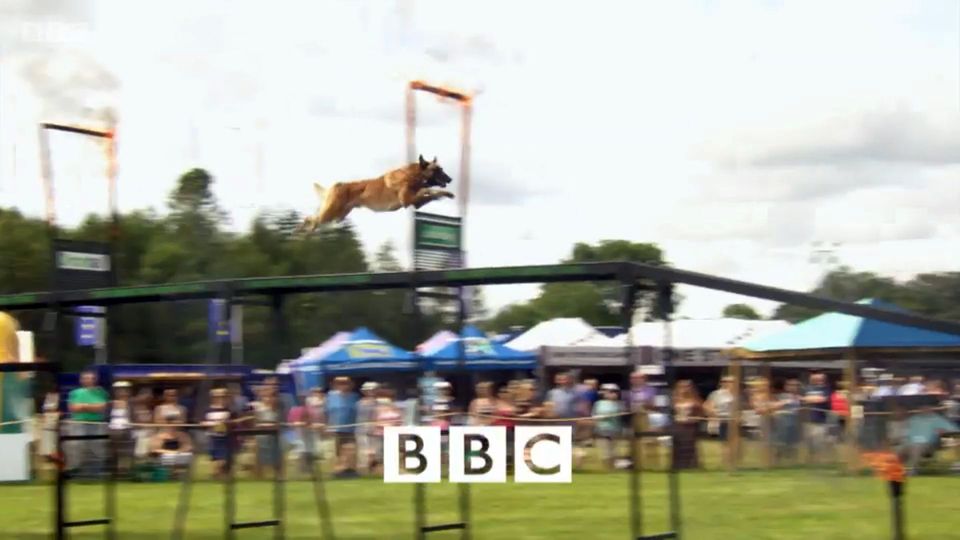 20th of August: Alison Pell and Leah (Goldmali Innocent Eyes) wins Grade 3 agility at the Lisburn show and will now be competing in Grade 4 after this weekend. Alison's other Malinois Zara (G. Cherish) was second (by just 0.07 secs!) in Grade 6.

13th of August: Bournemouth Championship show. Santee 1st in PG and Reserve Best Dog, but the judge withheld the CC and RCC from the dog winners. Rona however 1st in Open and yet another Reserve Bitch CC (her 6th). 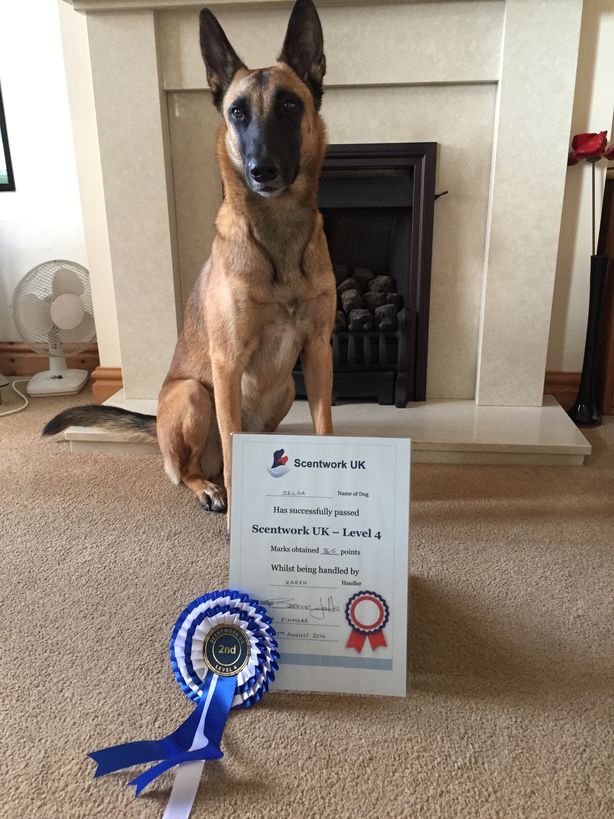 22nd of July: Trixie checked for Luxating Patellas and is fine. 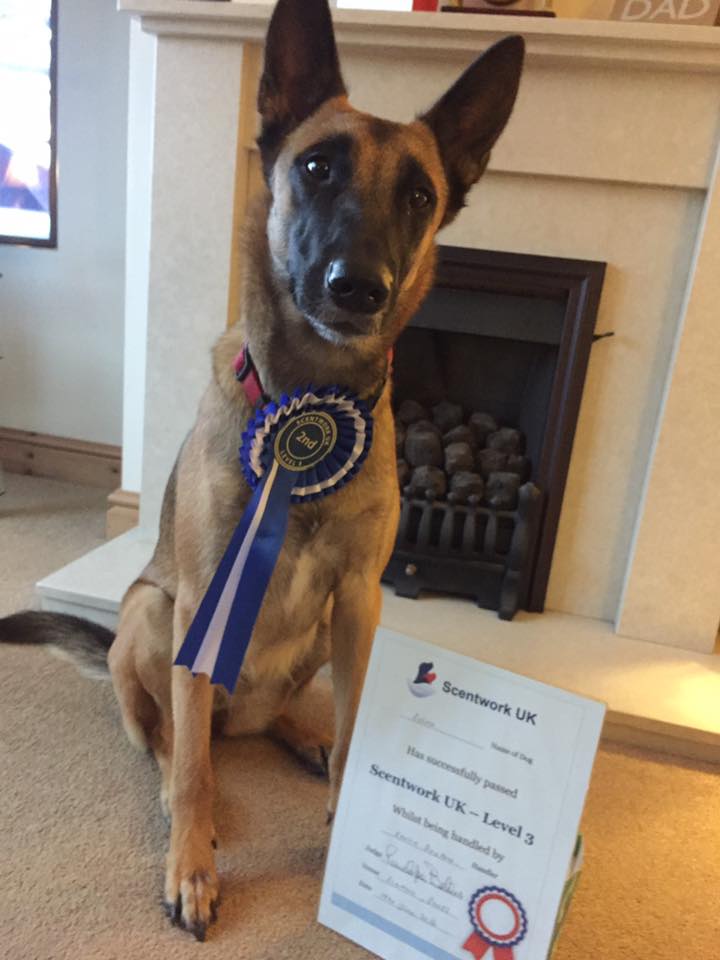 18th of June: Northern BSD Club Championship show. Mats and Rex only managed seconds and Magic a fifth, but RONA (G.Fabulous) was first out of 5 in Open and was awarded the Reserve Bitch CC. 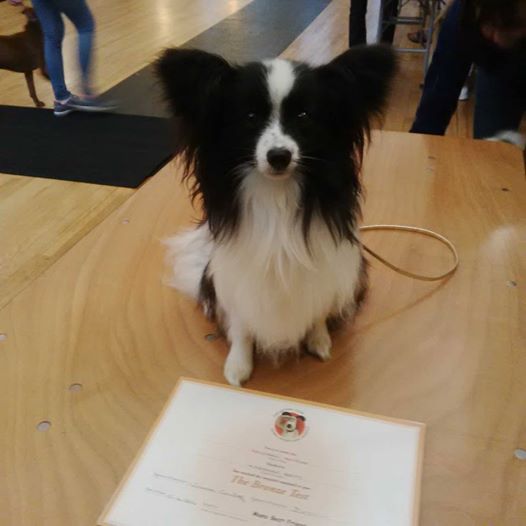 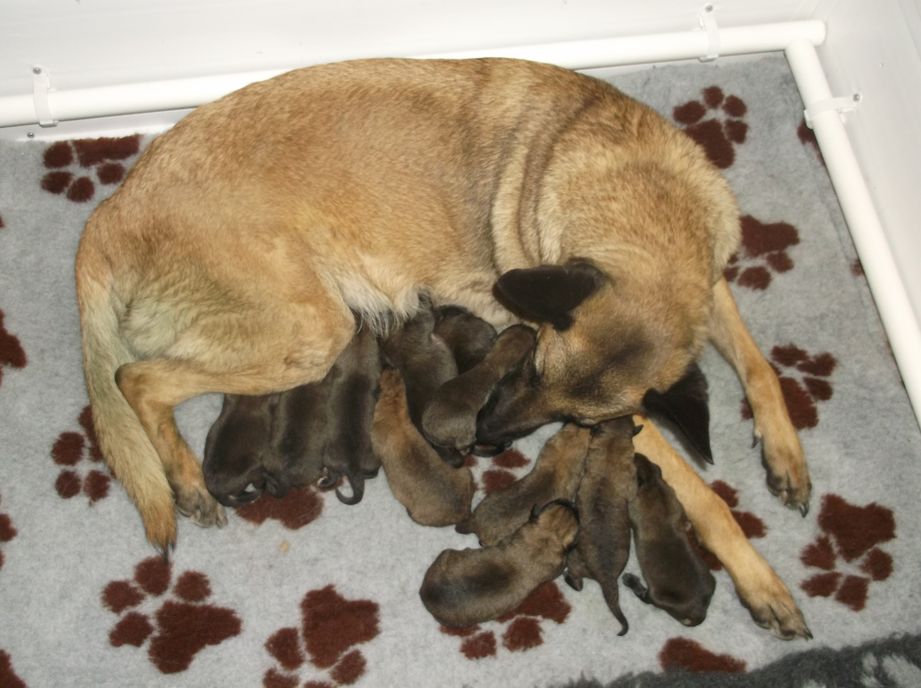 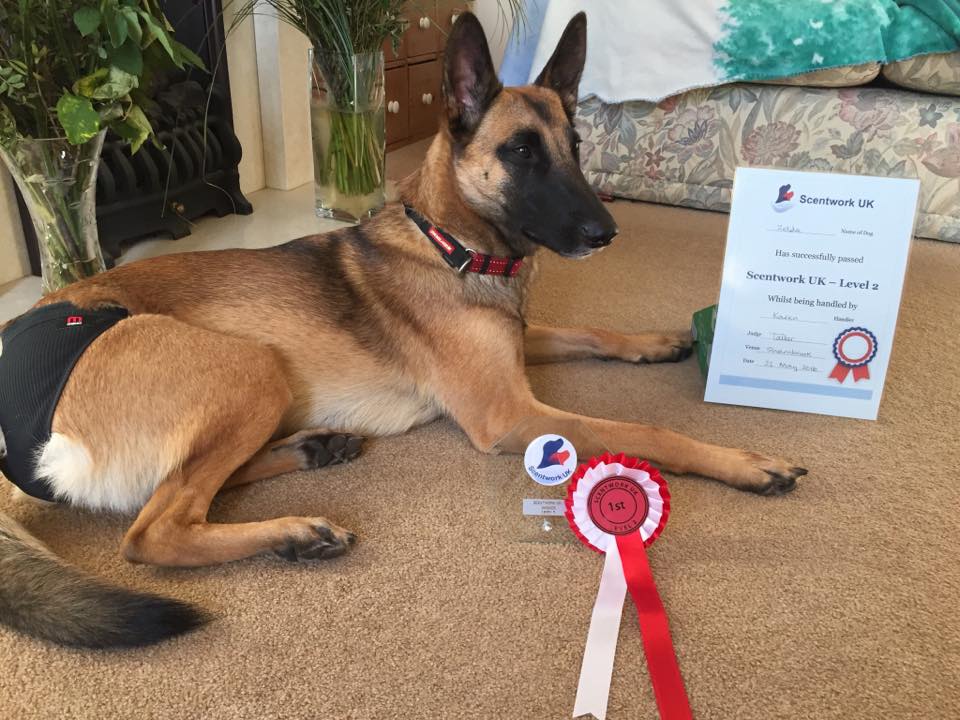 3rd of April: BSDA Open show. The final show for Rex and Magic as puppies. They both won their respective classes, but again were alone in them. However Benjamin then handled Magic (for the first time) to Best Puppy in Breed, beating John and Rex! Rona was 1st in Open bitch. 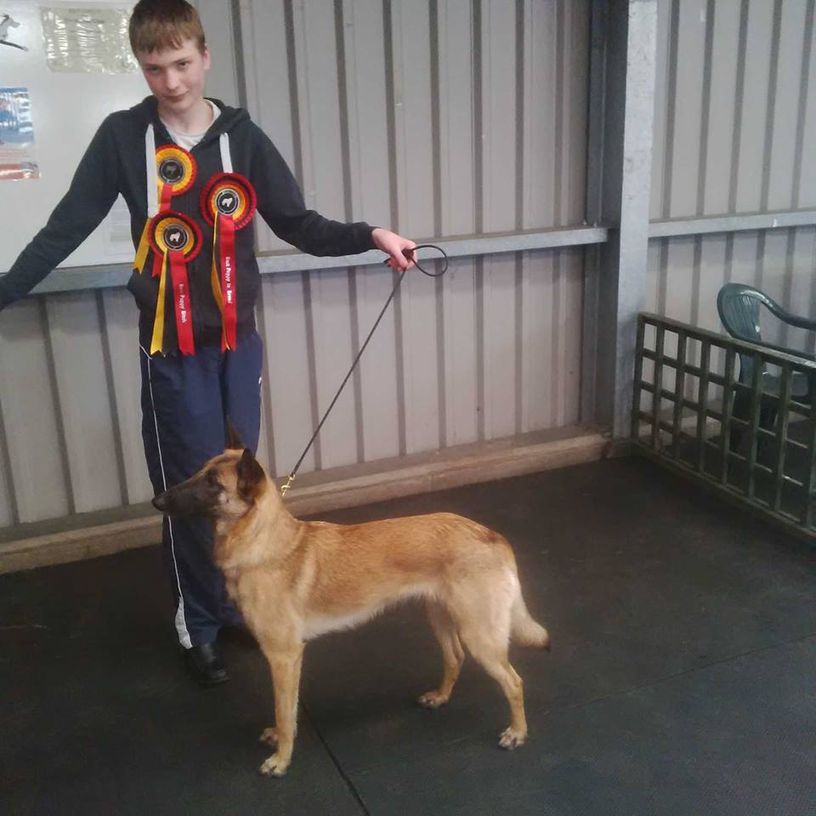 31st of March: Mickey and Walnut have their patellas checked and both are clear of problems. 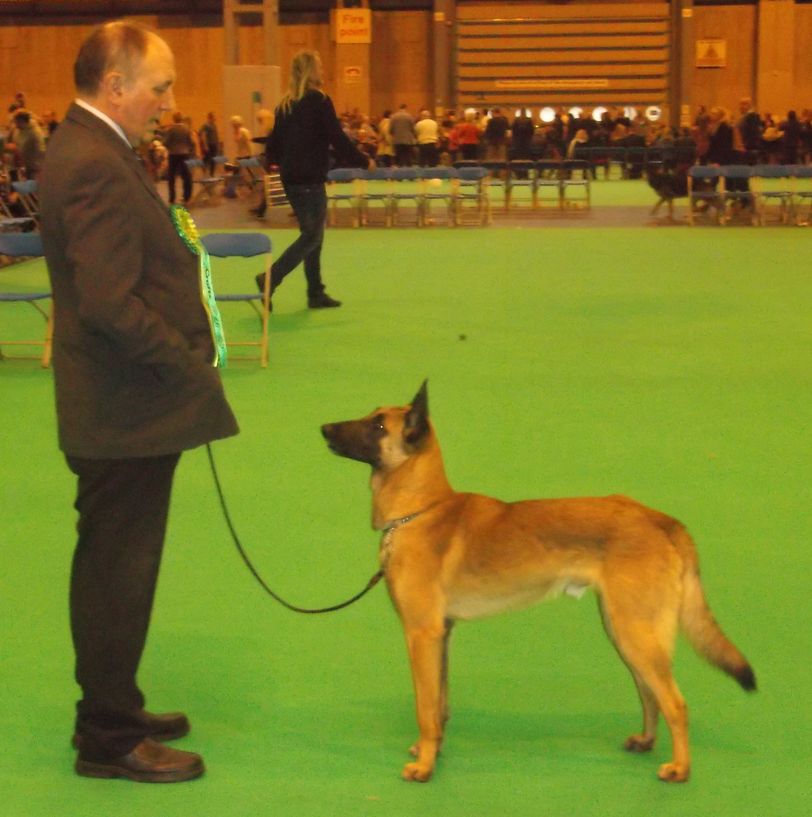 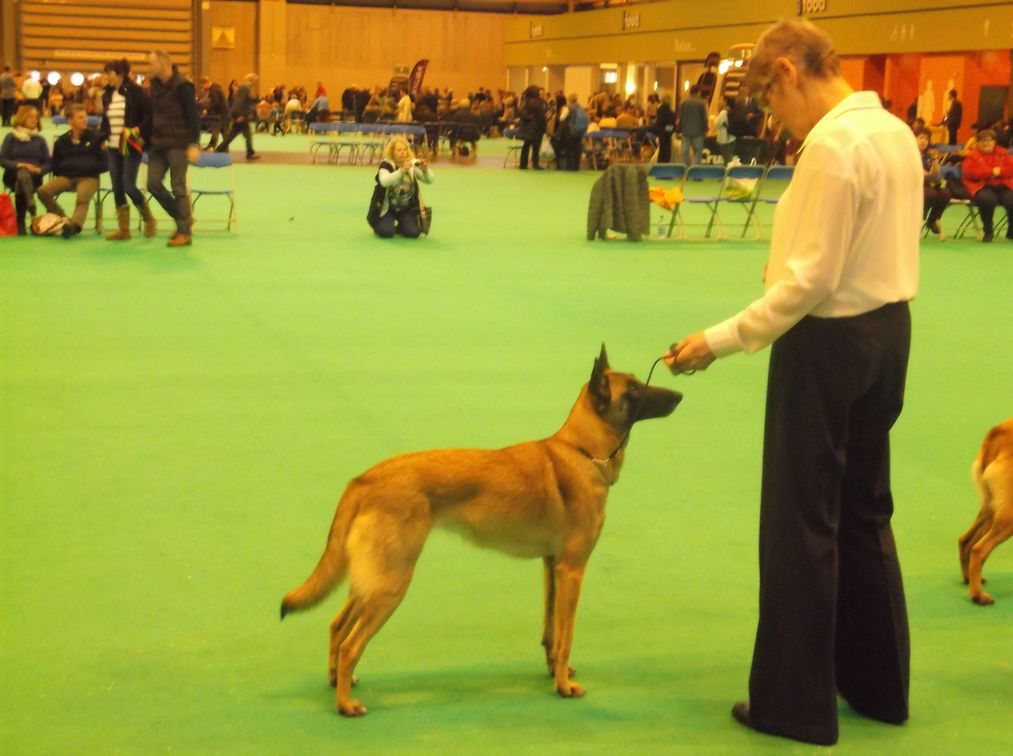 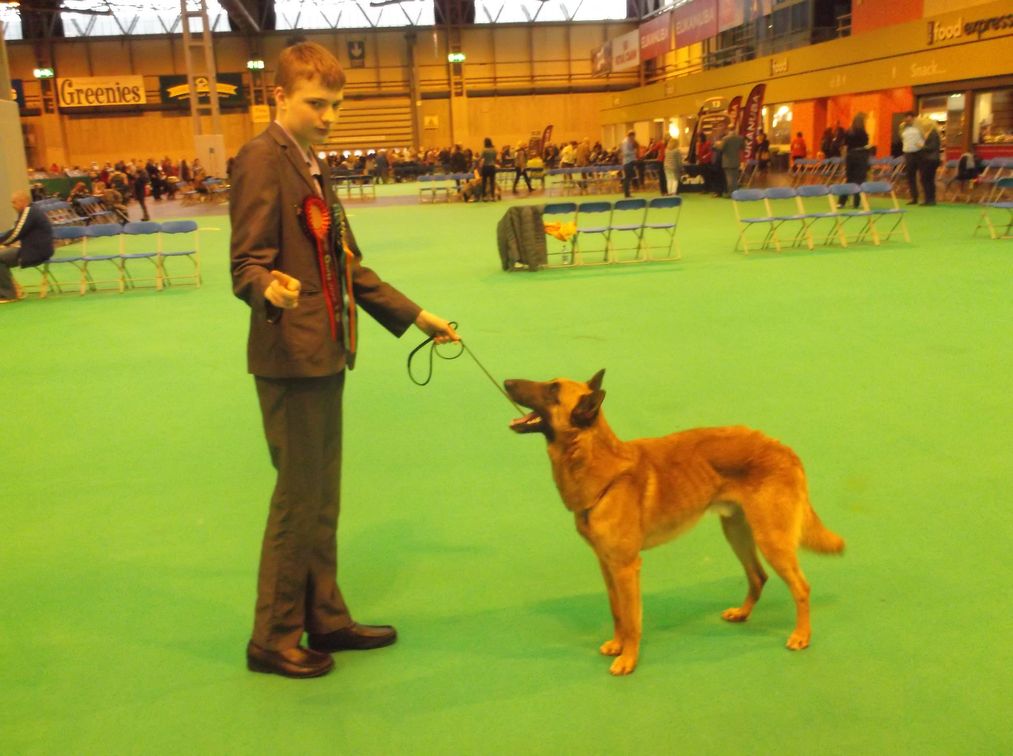 27th of February: Newark & DCS Open show. Magic Best Puppy (but it was out of one). Rona, Santee, Mats and Penny all eye tested clear.

7th of January: Boston Championship show. Rona Best Bitch and Best of Breed, and was then SHORTLISTED in the group! Santee Reserve Best Dog.